Songs of the Mist - Back to the root

Year 1986: The Civil Engineering survey camp of our Batch, had a stopover at Rishikesh and I spent two days walking bare foot in the cold october weather, on the holy Ganges Bank, sitting hours together after cold morning bath in the river, thinking about my childhood dreams, experiences and beliefs. Coming from a Brahmin Family, spiritual belief was easy to adhere to but the clarity with those crystal clear ripples, playing with morning sunrise and the idea of the book was born.

Year 2016: It gave me immense pleasure that after almost two decades I could go back to the Deva Bhoomi and offer my   gratitude for the blessings and the strength to bring the book "Songs of the Mist" out and unveil at the most pious place among the vedic chant at Parmaarth Ashram, with the blessings of H H Swami Chidanand Muni ji. 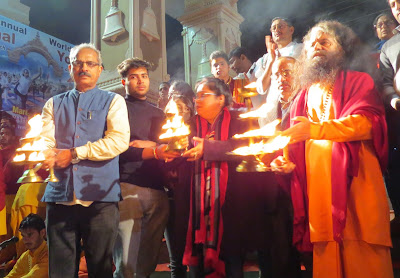 H H Swami Chidanand Muni said as he unvield the book, "It is Shashi Sharma's - an engineer's book of inner engineering. We should not only sing songs - aarti to Ganga Ma, but we should also be silent some time, sit on the banks of holy river and listen to her whispers as She flows by because it is most beautiful and heavenly song- the Songs of the Mist."

What a wonderful way to unveil my book. I am honoured. 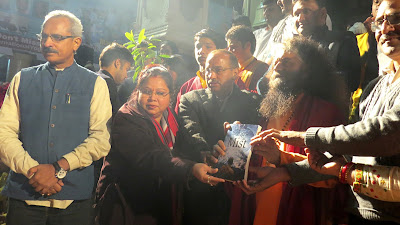 Now let me take you on a journey of those days at Rishikesh, where me, Raghwesh, Sreenivas and Vipul spent an incredible time. We reached Rajaji National park late in the night, and after haggling with the gate keepers, who were intent on not allowing us in the forest due to the Elephant threat in the night, we could be on the way after crossing the barrier. It was 10 PM in the night and the forest was dark and silent, with its usual nocturnal sounds. Every bend had the imminent danger of walking into the path of elephants but we reached safely at the Chilla forest guest house. 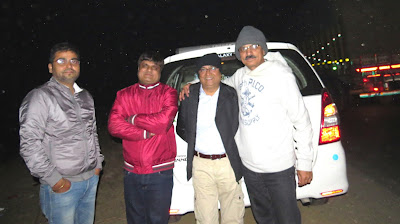 As usual, I could not sleep much over the night and was waiting for the sun to rise in the morning to have a look around the place. It was lovely sunrise over the Dam, where Ganges was in full flow... 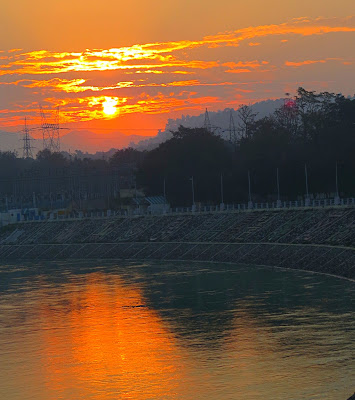 The next few hours we got ready to move to Rishikesh...

And we reached to our new location at Shivpuri, 22kms away from Rishikesh, which is owned by Sreenivas's friend. It is in the middle of the valley, where the holy river Ganges flows serenely by... 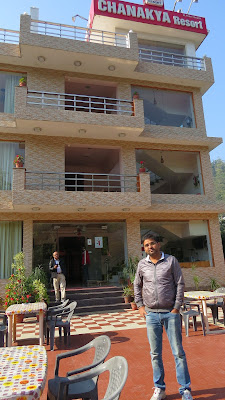 When we reached Rishikesh back, the first order of the day was to offer the book to the Sivananda Ashram that has seen this book being manifested through out the decades. I have had been visiting this ashram over the years and the "Song of the Mist" was seeded in... 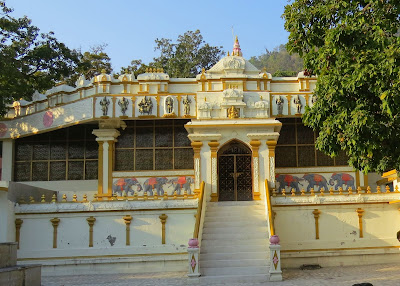 I learned from the Swami Sivananda's words read in the library, during my many stays in the ashram. And I feel the most important was what the Monk says in my book "Songs of the Mist" 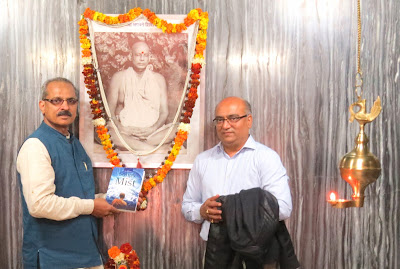 "The more mind has the knowledge of self, the more power it has to correct its course. The more cohesive it becomes with the life outside the more it can control itself from doing useless things, which only brings suffering in the end." - The Monk in the Book "Songs of the Mist"

The return journey through the boat was beautiful as the cold water of the river splashed on the sides of the boat, has a musical overtones that kept me remind of the various nights, spent on these banks, or in the Guru Nivas, overlooking the river. This has been captured in my book as Sanjana Ma, prepares to play the music into the night...
As the crowd gathered for the world famous Ganga Aarti, the sun silently descended into the river, making it sparkle like gold... 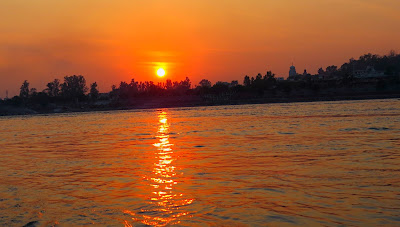 The international crowd of devotees had started gathering for the Ganga Aarti and in time, H H Swami Chidananda Muni reached the venue. There was an hour of devotional song and finally my long cherished dream to offer my labour of love and devotion to Holy Ganges. I have been blessed with friends, family and a sense of devotion that has taken deep roots in me and have flowered this book, that I intended to be a guide to the young generation to fight their own Mahabharata in their day to day life through the teachings of Lord Krishna from the most practical book Bhagwat Gita....

Now I leave you with images from the place and may Lord Shiva Bless you with peace, serenity and bliss. 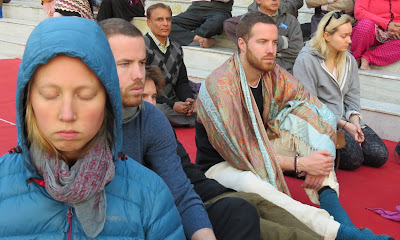 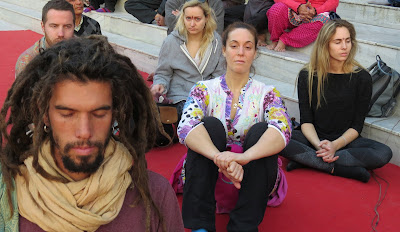 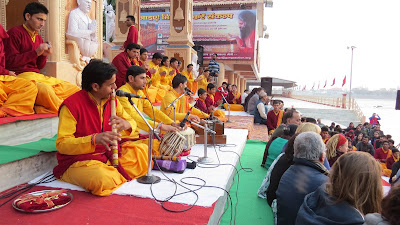 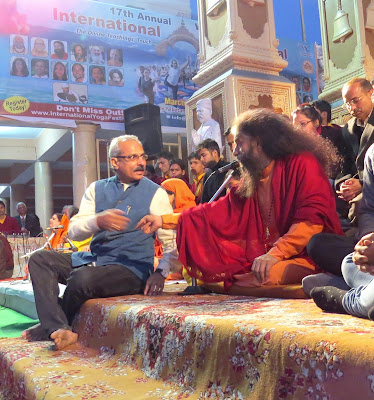 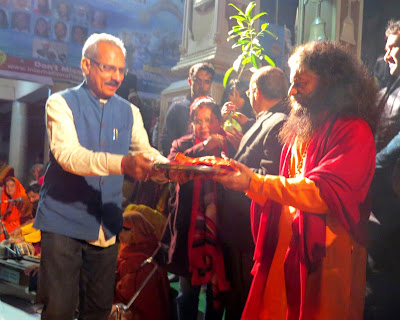 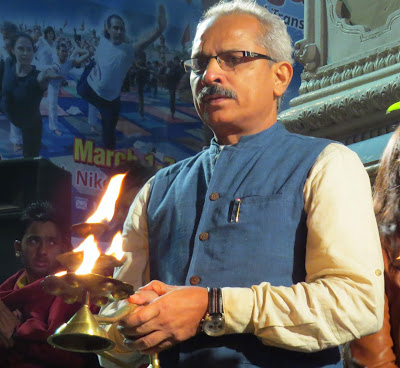 The next day, it was an exhilarating morning, walking on the banks of Holy River Ganges, reflecting on the spiritual journey that I have had undertaken for almost two decades to culminate at this pious place... 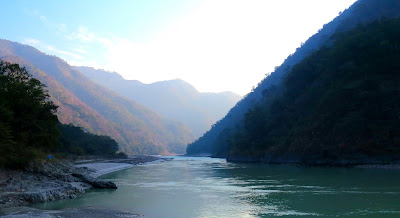 The book is available at the following channels, please check it out.