Since 27th December, 2010 I am on a trip to Sivananda Ashram  at Rishikesh, on the foothills of for a week of mediation. Rishikesh is Yoga Capital of the world according to some and for me its one of the powerful centers of positivity. I will back to Chennai on 2nd January and thought of uploading my impressions from this trip as and when my connectivity allows. Hope this effort gives a feel of the trip to my friends. So here is the first such upload.

Today, I visited one of the powerful spiritual centers ‘Haridwar’, where last year there was celebrated “Kumbha Mela". This fair is celebrated after every 12 years and is one of the most revered occasions for spiritual upliftment in . Below are some of my impressions from the place and hope this gives you a feel of the place.

STILL LIFE: Kurisumala - The way of Christ MERRY CHRISTMAS TO ALL

MERRY CHRISTMAS AND HAPPY HOLIDAYS
To share the season of Holidays and Christmas festival, here is my journey to a great place of spirituality - Kurisumala in Kerala (India), which means mountain of the cross. This way, marks symbolically all the stops Christ made while carrying the Cross. This is a pilgrim center for Christians in Kerala. Many gather there during the Easter week to follow the way of the cross. Sculptures dot the way. At the top of the Kurisumala, there is a shrine with sculptures of Jesus Christ.

Hope you will enjoy this walk with me on this Christmas Day...

Welcome to the 13th Edition of "Shadow Dancing with Mind"

Contents of 13th Edition
This edition contains the following section and hope you will visit few of them and get back to me with your views on the same.
DESIGN STREET: Wild and Interesting Designer Tables

This is one of the books I have been meaning to read for sometime. Specially after reading the previous book, I was interested in where this “power of Now” takes him to next. I really enjoyed reading this book and I highly recommend any one trying to understand their own “Ego” and the way to live beautiful life, this one book explains so simply and beautifully.
Eckhart Tolle (born Ulrich Tolle, 1948) is a German-born writer, public speaker, and spiritual teacher. He is the author of the bestsellers, The Power of Now and A New Earth. In 2008, an article in the New York Times referred to him as "the most popular spiritual author in the nation". He lives in .
I highly recommend this book to read.
Click here to read…

Autobiography of a Yogi – Paramhansa Yogananda
I was suggested to read this book “Autobiography of A Yogi” written by yogi Paramhansa Yogananda, in my early teens and at that time; it all seemed a mystic and entertaining story of a Yogi’s spiritual life. Though I felt proud to read this book (First published in 1946, translated into 14 languages), as it was one of the few books, that brought Yoga to Western world, I was not able to grasp the subtle and powerful thoughts within.
Its one of the great books written by the great yogi, who demonstrated the value of yoga not only in life but in death too. This book gives the glimpse of yogic life in  most beautifully. In my view, it’s the first stepping stone to understanding Indian spirituality.
Click here to read…
STILL LIFE: Mumbai Meri Jaan
The interesting images from ’s financial capital, where I used to travel for my project where we were doing a large inteiors of a Multi National Bank and was frequently visiting during this year.…
Click here to see…
WHISPERS: Dance of Emotions, pain and loneliness…
This time, I have posted four sections of whispers as below. They have been submitted to various online blogs as indicated…

THE READER: A New Earth by Eckhart Tolle 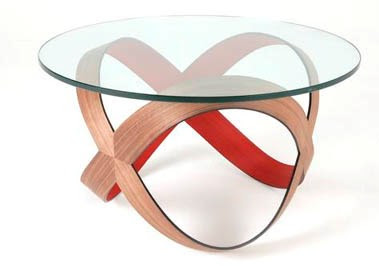 Trinity is a variant of the award-winning 'Infinity + 1' table,
designed by Jason Heap: 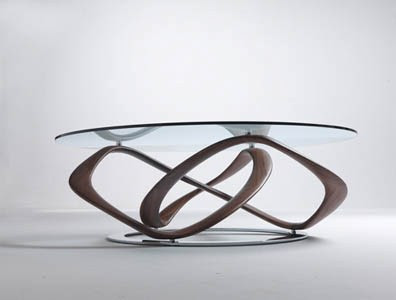 Another interesting "Infinity Table" based on the well-known symbol of infinity,
can be seen here 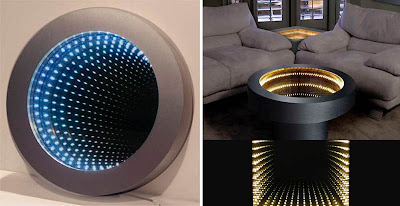 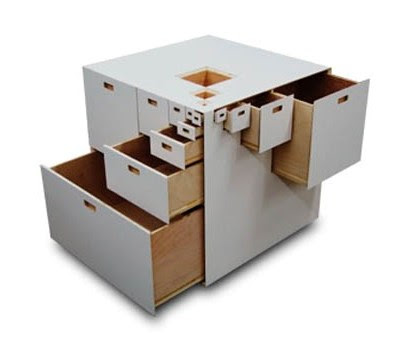 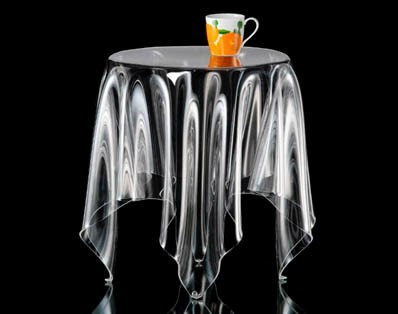 The Grand Illusion appears to be a transparent tablecloth hovering in mid-air...

The Ripple Tables by Lee Rowland
(careful with this glass splash in the middle!) 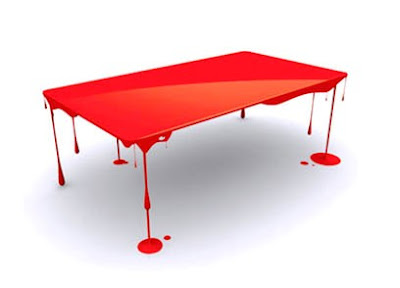 This Bloody Table, by John Nouanesing, is positively dripping with menace...
The "drip" table legs are part of the illusion, and yet they are fully functional –
this table is likely more stable than it first appears 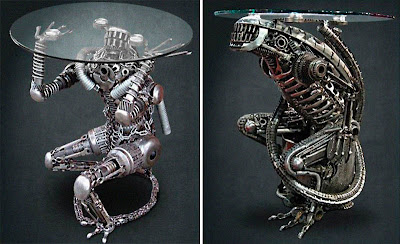 Finally, truly an ALIEN piece of furniture (more info)
The images and info curtsey DarkRoastedBlend.com ... and this is not the end of it... To visit few out of the world designs ... click here...
___________
ॐ नमः शिवाय
Om Namah Shivaya
Posted by Shashidhar Sharma 6 comments: 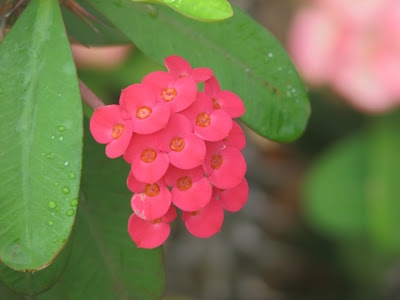 Some free form Haiku’s below for
Poetry Potluck at Jingle's
as writing haiku's have been my passion for ages now...
___________

Beauty of flower
Opened my heart
Butterflies of love
__

How the insignificant range of sense
Overwhelm
The infinite soul
___ 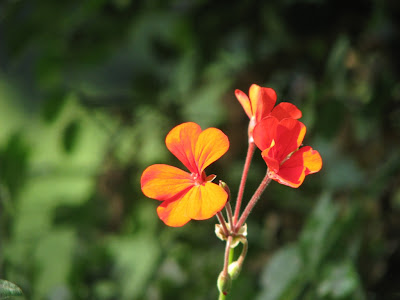 This poetry is one of the collections of poetry I am writing, called “Kalina” about a small girl and her world, her feelings her thoughts. ‘Butterfly’ was submitted to ‘One Stop Poetry’ for the competition “Through a Child’s Eyes” and was selected as one of the finalist. Click here to read the article…

I have edited this one below after submission; hence here you have the latest version

Look, there she is
There on the window pane
A new friend from the dreams last night
She promised to teach me
How to fly, where ever, whenever
In sunshine or rain

How bright and beautiful, she is
Pinker than my ma’s cheek
Her little wings have so many colors
Like the rainbow
I painted last summer, for my Pa’s Birthday
Before he left for the war,
You know, to make money for us to eat

Oh! Butterfly!!
Why are you flying away
Going so far?
See, out side, the day is still full of light;
Sure you can wait a little more?
Promise, Ma will be back soon,
From her nightshift,
And, sure she will let you in
Don’t you see, I can not;
I am in the bed,
Too sick to let you in

Butterfly, my dear Butterfly,
You really have to teach me how to fly
Before you came in my dreams
I promised Pa - a hug tonight,
I know where he “wars” now;
Ma showed me the other night,
When she cried,
“There, Kalina, there he is, in the sky
That beautiful bright Evening Star”

You know Butterfly;
I love him so much,
Much more than I love Ma,
Really!
You must teach me to fly,
As I have to go today,
Yesterday, Pa told me
Its time now
Here you see
My Ma does not even smile much
Now


Click here to read more and add yours too…
Posted by Shashidhar Sharma 21 comments: