... The amazing audience of Chennai. Where else in the country, you will find such an engaged audience that can ask question across the auditorium and be heard without mike. And Hats off to Hindu Lit For Life team for creating such a lovely event. It was a pleasure to be here. Thank you. 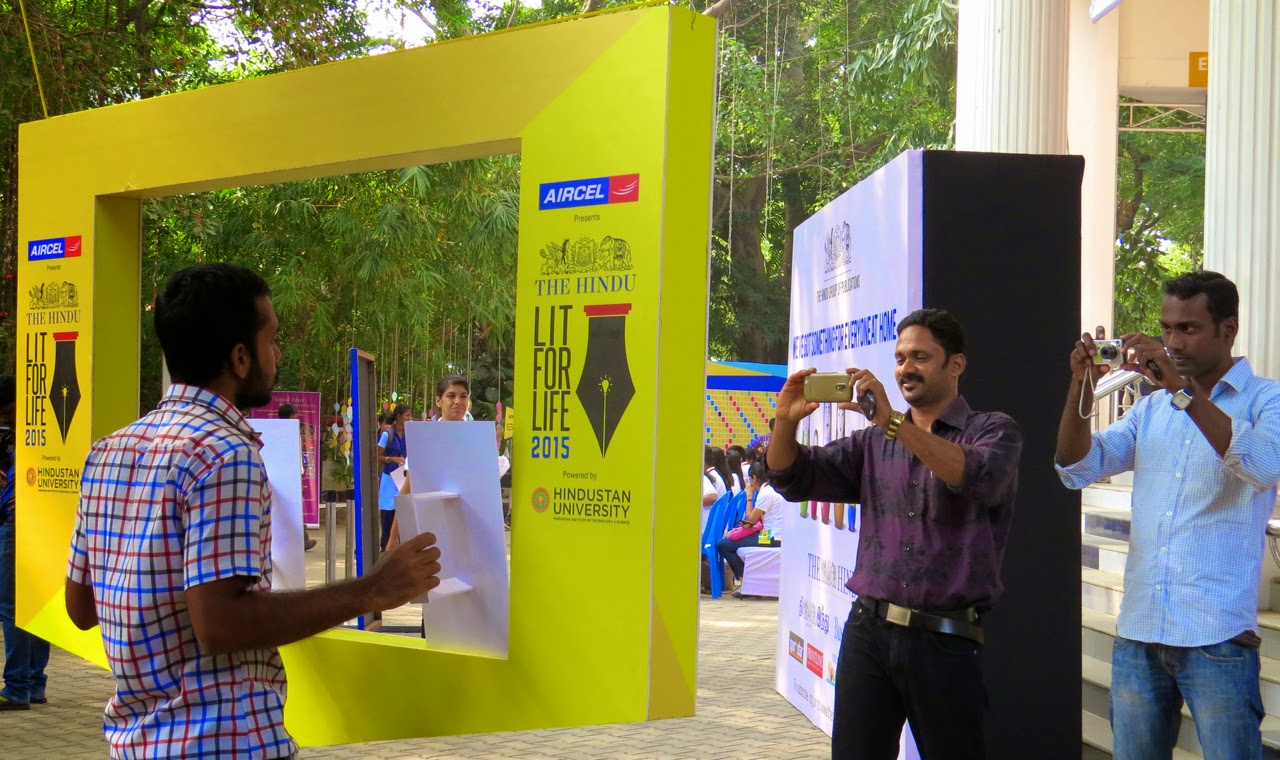 Now, let me take you for a walk among the stars of the festival and some lovely sessions, where thoughts lead to thinking, and thinking lead to creativity that enveloped the beautiful venue. 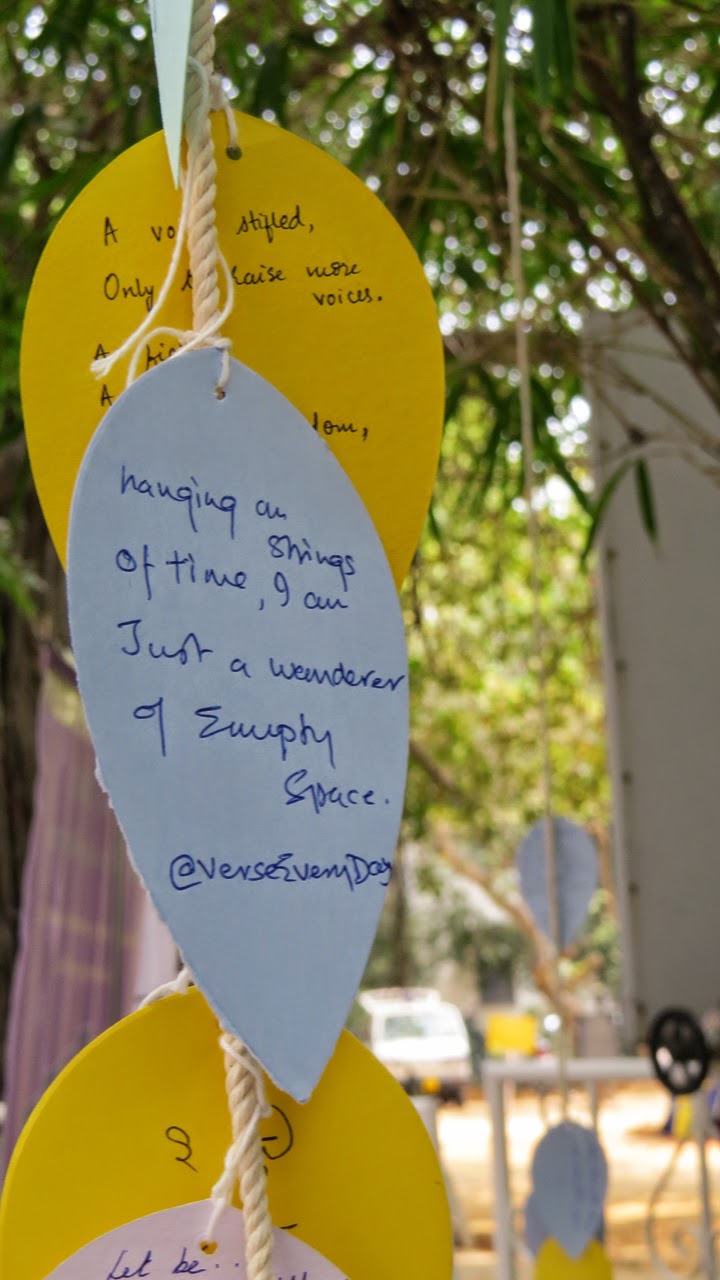 DAY - 2
A VOICE OF ONE'S OWN...
A heart to heart talk, where T M Krishna and Dayanita Singh explored their creative self in  the context of expression. 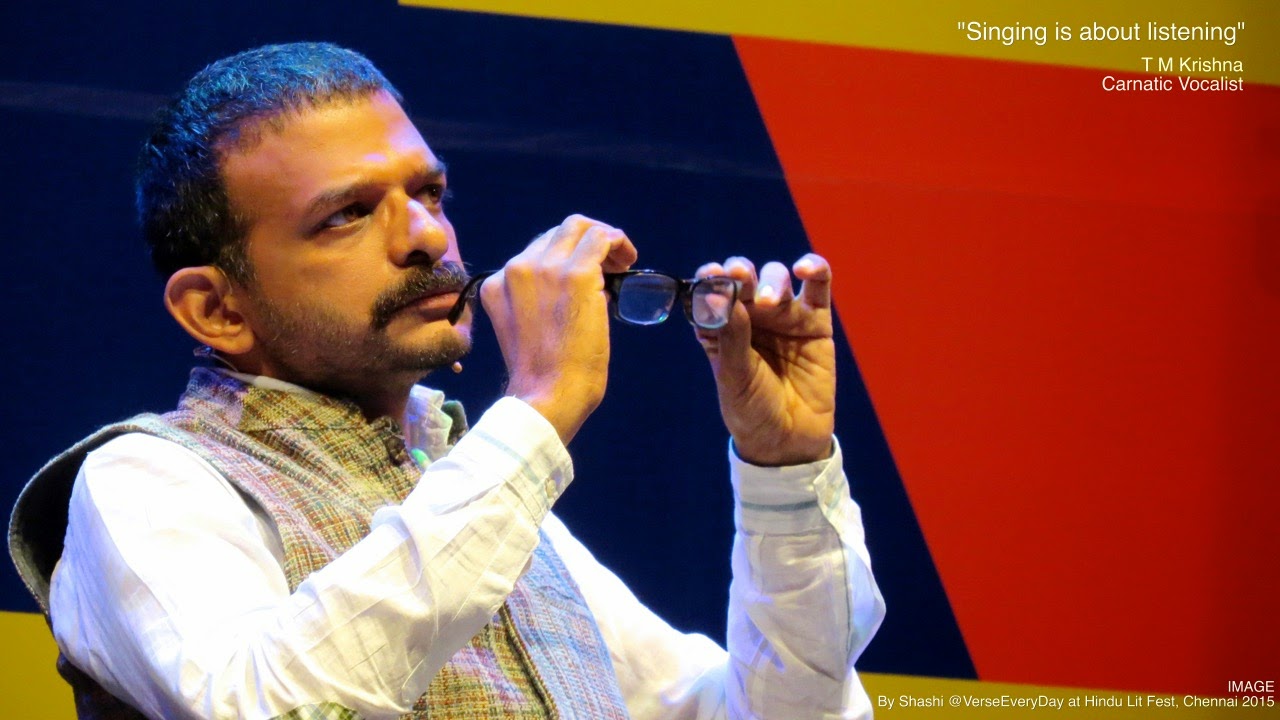 "Singing is about listening", said T M Krishna, "As you experience it, it is also, feeling, smelling. Took me a long time to figure it out." He asked Dayanita Singh about her own art form in terms of lots of people taking pictures all the time, all around with their smart phones, "What's happening in the process, click, click, click...?"

THE DEEPER TRUTH OF NOVELS...

The discussion started with the strong perception prevalent in public, in context of Movies, Serials and Internet, stated by David Davidar the the "Novel is dead" to which Irwin Allan Sealy responded,"I write dead novels", with a qualifier that in his opinion, that there can be only two books from the beginning of times, which can be eternal - 'The life cycles of Mosquito' and 'Confessions of Sunny Leone". Damon Galgut refuted the charge as the art form of novel can't be dead, as people need stories. T V Serials and other electronic media doesn't require anything from you, whereas novels, stories, poetry do require extra effort. They offer unique pleasure, not found anywhere else, so people will continue to write and read fiction.

When David Davidar asked whether the writers censor themselves while writing subjects that may evoke controversy and protests, as in the recent case of Perumal Murugan, Sealy said that he does censor himself and feels ashamed about it. I imagine writing and then take two steps back. Eleanor Catton finds it tricky. Personally she would not like to tell someone else's story. There are levels she may not write at. I will hesitate to intervene. 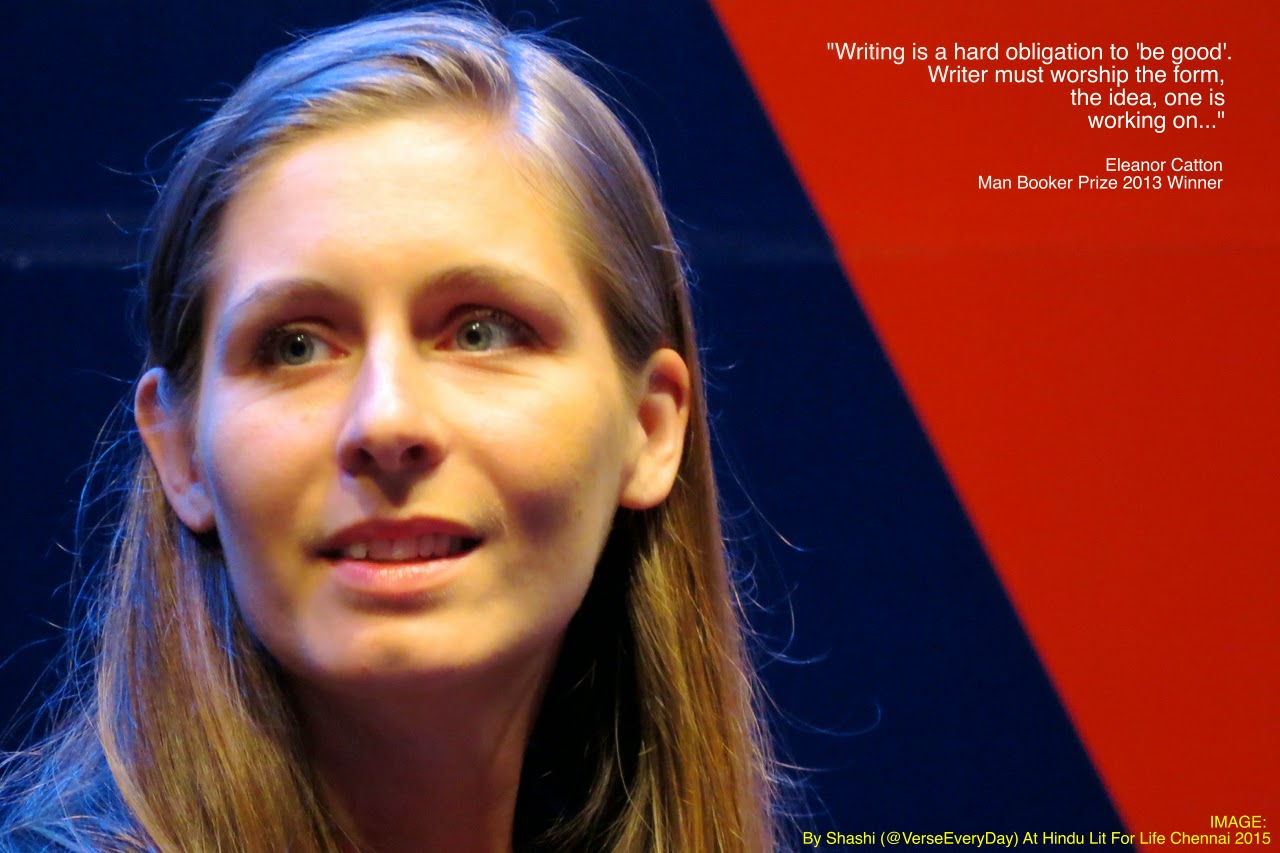 "Writing is hard obligation to be good. Writer must worship the form, the idea; one is working on." - Eleanor Catton

AND THE WINNER OF THE HINDU PRIZE 2014 IS....THE BOOK OF COMMON SIGNS

Ashok Srinivasan for his debut collection of short stories, presented by Retd. Chief Justice Leila Seth. Click here to read more about it....

AMISH TRIPATHI OF SHIVA TRILOGY FAME...
... was, as usual, star of the day for Chennai Fan club.
But for me, it was sessions like... 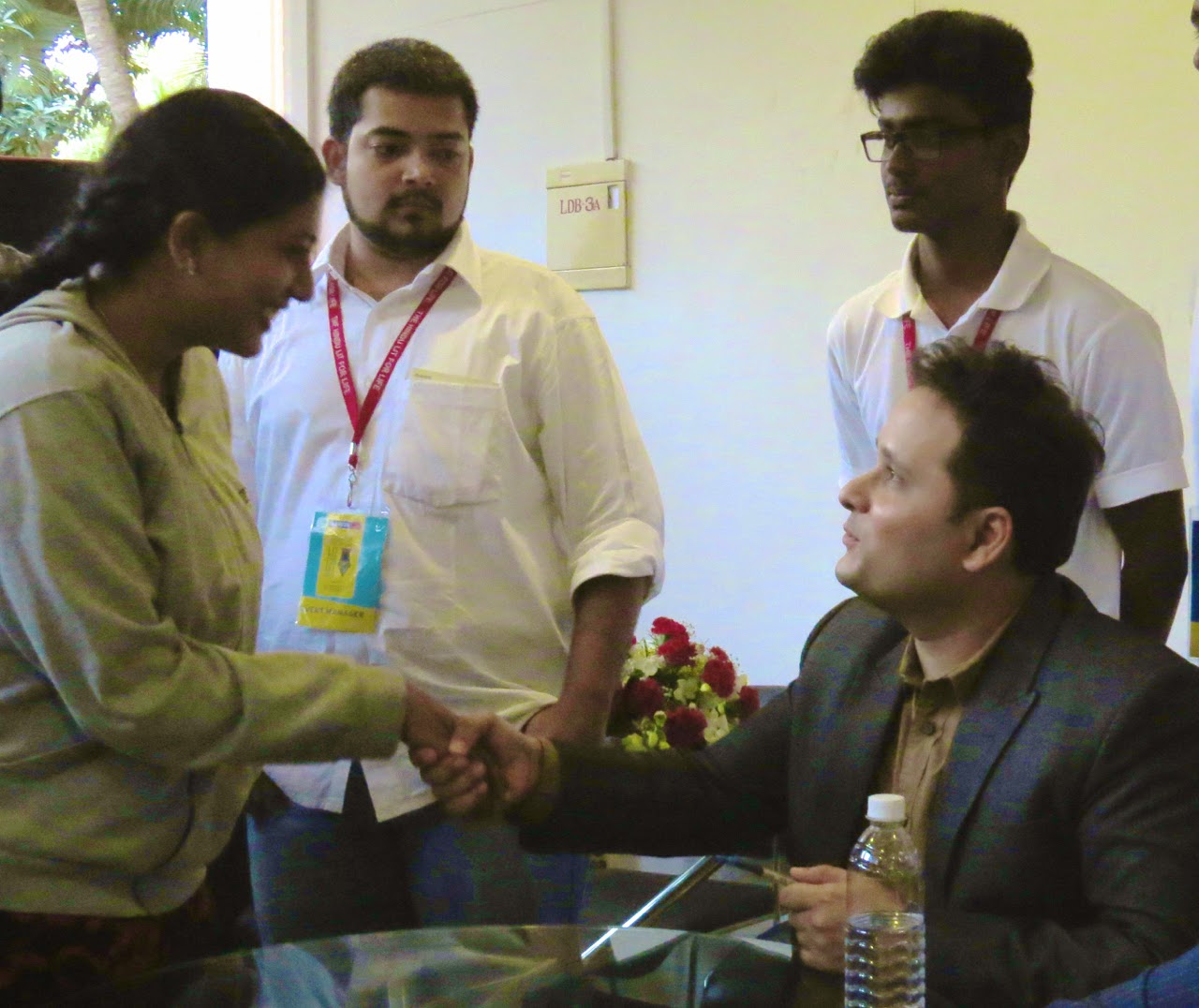 OUR PLURAL SELVES...
"There's new truth in every rendition of a composition." - T M Krishnan

"Form is treated like step brother, but actually it's like kulhar (the earthen pot, in which the hot steaming coffee was served in the old days), which is radically altering the taste of the drink. Form radically alters the consciousness (of the material, you are writing about). Form is not a passive receptacle. Once it's chosen, you are restricted as well as liberated." - Irwin Allan Sealy

READING RELIGION...
"In 1800 years of retelling the story, the character of Krishna has changed from 'uncle slayer' to what he is now... Retelling is about market, we end up spending hours of T V Time listening to charlatan's like Asharam Bapu and Devdutt Patnaik is making a killing out of it" - Sadanand Menon

DAY - 3
U R ANANTHAMURTHY - A HOMAGE
A somber and nostalgic beginning to the day with long time friends of a great writer Ananthamurthy, Manu Chakravarthy, Noble prize nominee K Satchidanandan and Shiv Vishwanathan, shared their personal moments with saintly Ananthamurthy and his thoughts which were apart from being radical at points, quite close to the reality of India, it's culture and it's political leadership.

Ananthamurthy Quotes by the panelists...
"Illiterates are essential in India as they are able to speak five languages at times, while the literates find it hard to speak more than one"

"You can not talk of 'Freedom of Speech' until you learn the art of listening"
- Shared by Manu Chakravarthy.

POWERFUL WOMEN IN CONSERVATIVE SOCIETIES...
"Women's expectations must not be set too high" - Jung Chang

"Women know how to handle men without letting their ego hurt. They have been doing that with their children and husband (from ages)" - Leila Seth, First Women Chief Justice India 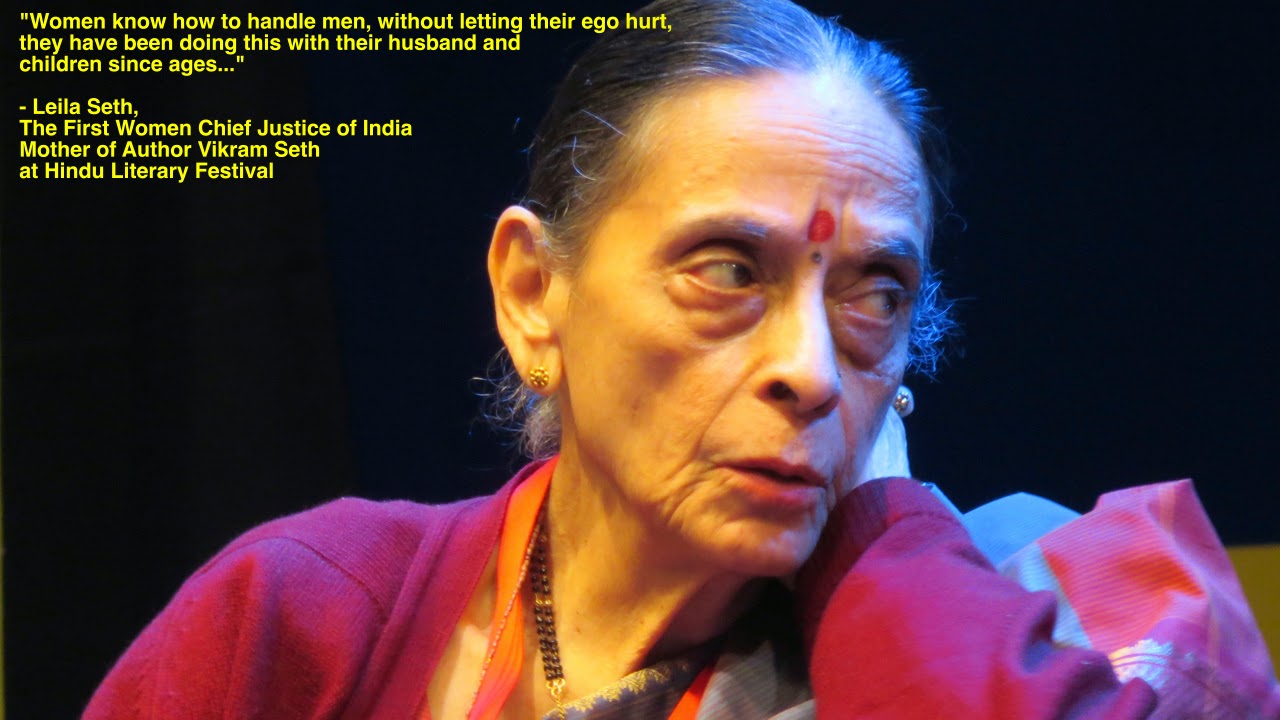 THE BOOK ON THE WALL - DAYANITA SINGH
I heard her speaking about her book previous book "The File Room" few months back. This time, when I met her, after the session 'A Voice of One's Own' she  said that she liked my write up a lot and actively promoting it in her circle (You can read it here...) And today I have a confession to make. Before meeting her today, as she had promised to spend some time with me to answer few of my questions on Photography - the vocabulary of her art form, I went to the kiosk where her latest books were selling and asked for the book 'The Book on the Wall' and it was politely informed that it's not available, which surprised me as all her other books were there. As her presentation began, I realised my mistake. She actually never wrote that book... but it was the way she presents her art form. Sometimes she finds a way to make an exhibition out of a book... and sometimes it's actually 'The Book On The Wall'...

And here are some of powerful insights on her art form and the vocabulary - Photography.

"Essence of photography is dissemination, conversation is the key for me. I try to bridge the gap between the artist and book maker"

"Photography as we know it, i.e. getting to a place, finding the right exposure and setting etc. is over. The explosion of photographer's with their smart phones is definitely going to democratise photography. It's now easier to take a picture but then the intention is different for everybody. Some may just wants to share on social media, some to create long lasting memories or some may not want to become a photographer at all.  But for me,  it is to make my photography in such a way that every one can bring their own story to it."

"Taking picture is not enough, think about the form, the story. That's what it's all about - Challenges. I am more of an 'On going moment'. 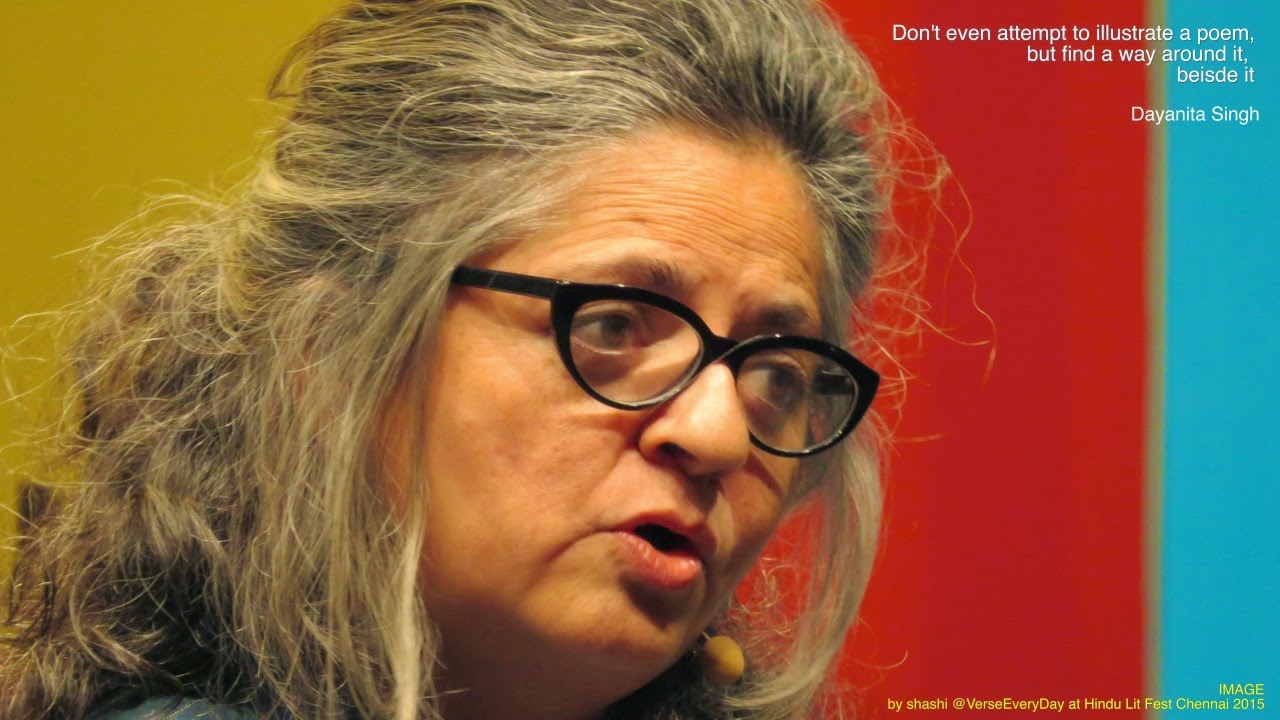 Some one from the audience asked how to translate a poetry into a picture, she said...
"Don't even attempt to illustrate a poem but find a way around or beside it" - Dayanita Singh

Finally I am leaving you with two images that most of the visitors to the festival can relate with....

From an amazing team of talented students performing theatre  which was part of the ongoing festival through out...

And I had to meet this regular of Hindu Lit Fest and I am sure the visitors of the festival know him by face. He is a Film and T.V. Serial actor, including Hollywood movie Maya, knows five languages, including German and French and have read almost 50K books. He informs me that he visits each and every public engagement of Chennai which I am sure of, as over the years I have seen him to be at all the Hindu Lit Fests I have attended. He is usually the first person to ask questions to the panellist, with or without mike. 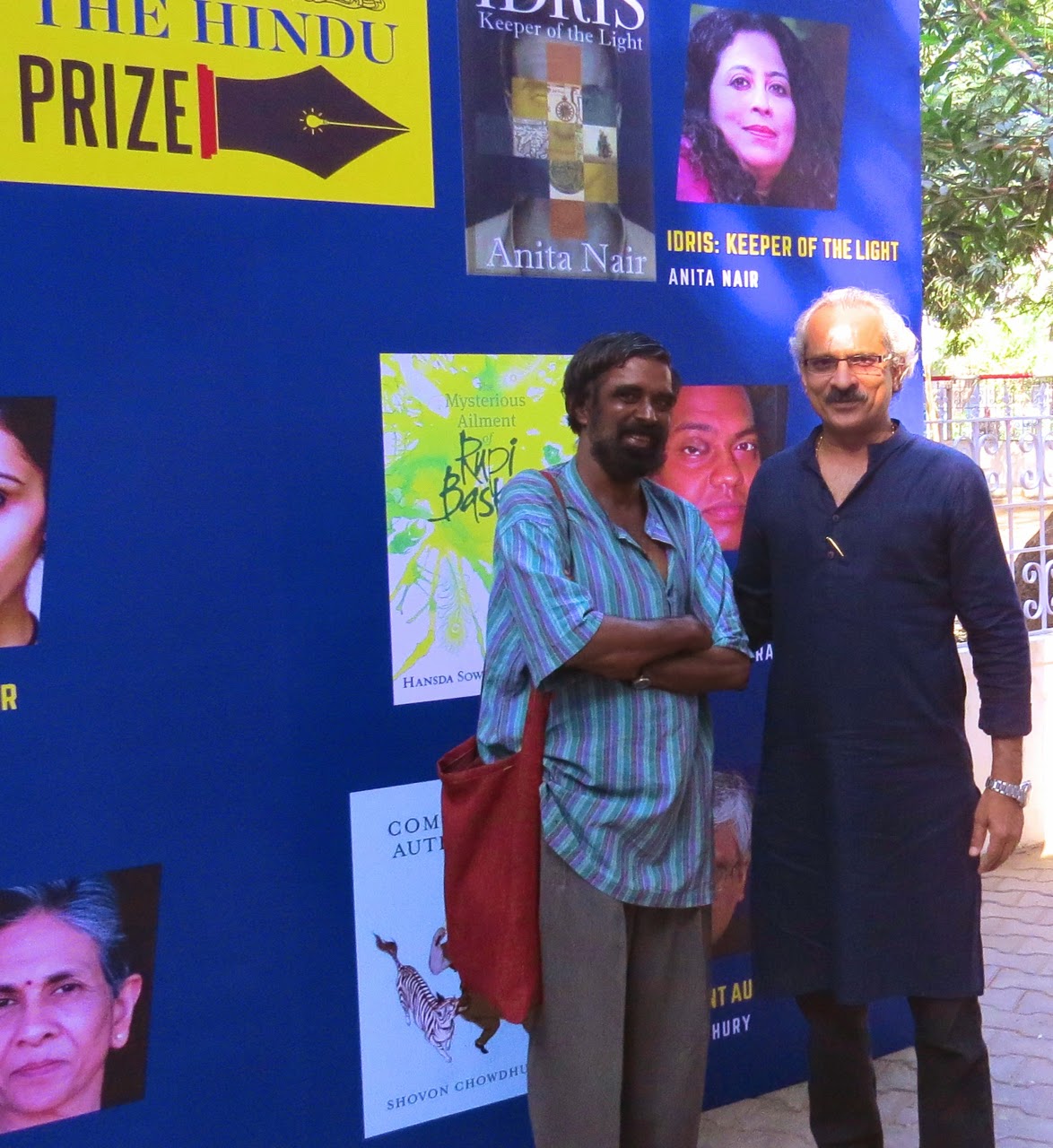 As per his visiting card, he is available for 'Film story discussion and translations'.

I hope you have enjoyed the walk among the galaxy of stars from the literary world. Let me know if there are any discrepancies or corrections in the post and share your thoughts...