ICEDIP your Mindsets- Creative process of Happiness (Part I)

Few months earlier, I was watching the movie ‘Accountant’ and heard Ray King says “Some of us a wait life time for opportunity to knock at our doors, only realising that it has, once it is gone,” and it triggered a desire to know why do we end up in such a situation. Why, despite all our material success, we are still not happy. Well one of the obvious reason is that we just don’t know happiness. Most of the times we are too busy with the day to activities, to open the door when the happiness knocks or if we do attend the door eventually, we don’t recognize it to be the ‘opportunity’ that we were looking for. 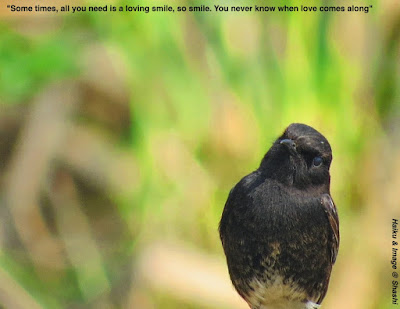 But why I am telling you all this in a post about Happiness? Well there is a connection. You see, most of us see ourselves as Karma Yogi. We do things that come to us and try to do it well. Here let me explain it through Krishna’s most famous advice from Bhagwat Gita in the shloka - ‘Karmanye mavadhikaraste…’

“The Karma yogi is the person who does things that assigned to him as karma, with all sincerity and hard work, and does so without focusing on fruits of his action.”

And I believe the key is in understanding ‘what comes to us’ as an opportunity knocking on the doors, is what cosmic design has ordained for us - something that we can relate to, at deeper level, and that alignment is what makes us happy. 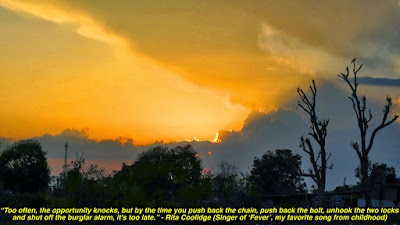 Basically the real connect to happiness is to recognize that aligned opportunity and having done so, we need to take some steps towards creating happiness within our day to day life…

Key Steps to Happiness - Sit Still & Haiku
Over a period of few months of living alone, I have realised that stillness is one of the basic requirement on the path to happiness. When you do so, you end up taking few involuntary steps… 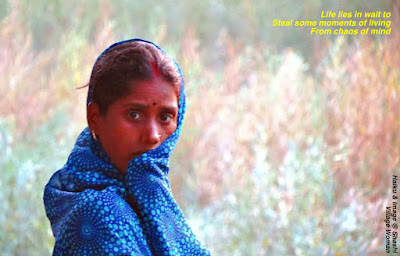 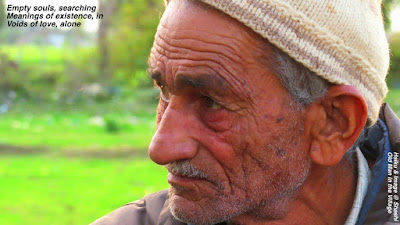 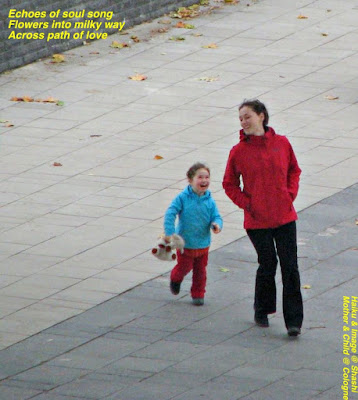 And as stillness always leads to creativity - a gateway to happiness, I worked out a method in my long isolation from family and friends - A method to flower happiness and bliss in one’s life… 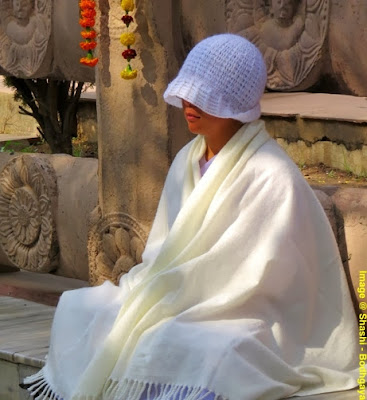 “Everything takes time Yogini and you have taken the first step. Take another and then another. We live our life in the steps, not at the end. When the time is right, you will find your space in universal design. That space is the reality of our consciousness; rest is layers upon layers of memories, desires, and insecurities of mind. The problem is that within these layers, we lose the sense of our purpose and drift along like the clouds in the sky, inadvertently bringing rain or sunshine in our lives. But if we dive deeper into the awareness of our being, we will find the true purpose of our living (in turn bliss and happiness).” - Songs of the Mist (Page 23)

So here is the process ‘ICEDIP Mindsets’ 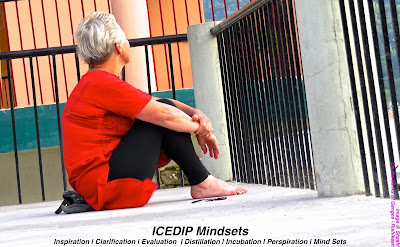 Please keep logged in to the next part, where I will elaborate the ‘ICEDIP’ your ‘Mindsets’ Method.

Well, in the history of my blog, this is the first time some one, other than me, is writing on this blog and I am happy that, that some one I could personally relate with - Jayant Kriplani. I have admired him from 'Khandaan' days on TV to '3 Idiots' short role and now that he is a fellow author, my respect for him grows. So here he is, talking about...

The story behind Cantilevered Tales
- By Jayant Kriplani

Why did I start writing this set of short stories that became one long story?
I don’t really know. I was on way my back from somewhere by train and at Howrah Station a group of taxi drivers tried to extort a higher fare from me.  This was before the time of pre paid taxi booths.  Rather than shell out five times the fare I thought I’d take a bus. It was peak hour in the morning and though I did get a seat since the bus started from there, I hadn’t calculated the length of time I’d be sitting in the bus on the bridge. Forty five minutes of inching along later I heard a voice behind me say, “AitakiHaora Bridge na Laora Bridge?”
I knew exactly what he meant.
I knew then that I had the beginning of a story.
“Where are you getting off?” I turned around and asked.
“High Court,” he replied.
By now we had reached the East end of the bridge. It still looked like we’d be on the bus for another 45 minutes.
“Walk?” I asked him.
“Let’s,” he said.

And that as they say was the beginning of a beautiful friendship.
His name was Khokon. He lived in Santragachhi. And because of that immortal first line, I called the protagonist of my story Khokon. In the book though, the line belongs to his colleague Ashutosh.

Some time later, I overheard a group of people talking about saving a water body from some unscrupulous builder. Arun Lal the cricket player might have been a part of the group but I’m not sure.  I started keeping tabs on them. Not because I was interested in saving the environment or even that small little lake.

I am not a crusader.

I hate getting involved with issues.

But if you live in Calcutta, even for a short while, trust me, you’ll get involved.

More power to the builder I thought after I first saw the lake if you can call brackish acres of sludge a lake.

What did interest me were the disparate lot of people, and some desperate ones among them, who were determined they were going to save a stagnant water body from becoming an office complex. Frankly in my opinion that lake had outlived its usefulness to be anything at all.

I didn’t give a damn what happened to the lake.

But over a period of time I did start worrying about the people. And of course fell hopelessly in love with them. Their wellbeing and their good health became a matter of great concern to me especially since I saw the array of ‘villains’ lined up against them.
So rather than concentrate on Builder v Helpless Citizen – enough stories had been written about them, I concentrated on their stories and their histories.

This is their story or should I say these are their stories.  Some of the people are real; some of the people who come to their assistance are thinly disguised caricatures of people I admire; some are just people I met on buses and trams in my journeys across the bridge who wormed their way into the book.

And that is how this book got wrote.

CANTILEVERED TALES IS A STORY ABOUT PEOPLE, THEIR QUIRKS AND WHY THEY BECOME WHO THEY BECOME. AND LOTS OF LAUGHTER!

I overheard a group of people talking about saving a water body from some unscrupulous builder and started keeping tabs on them. Not because I was interested in saving the environment or even that small little lake. What did interest me were the disparate lot of people, and some desperate ones among them, who were determined that they were going to save a stagnant water body, which in my opinion had outlived its usefulness as anything at all, from becoming an office complex.

This is NOT a Builder v Helpless citizen epic. In fact that is the least important part of the book. This is about a group of inept people who you want to reach out and protect but you discover are more than capable of taking care of not just themselves, but of you too. 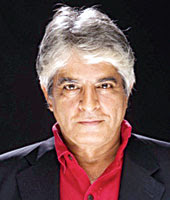 Jayant Kripalani is an Indian film, television and stage actor, writer and director. Known for his work in TV series like Khandaan, Mr Ya Mrs and Ji Mantriji, he graduated from Jadavpur University with a degree in English Literature.

He has played character roles in movies like Heat and Dust, Rockford, Jaane Tu. . .Ya Jaane Na, 3 Idiots and, most recently, Hawaizaade and The Hunger. He has directed and produced a number of films and is actively involved with theatre. He
wrote the screenplay for Shyam Benegal’s film Well Done Abba. He is the author of the heartwarming and nostalgic New Market Tales, set in the historic New Market area of Kolkata in the 1960s and 1970s. His recent foray into writing performance poetry has brought him acclaim in poetic circles around the country. When he is not in Calcutta, he is either fishing in Himachal, pfaffing in Bombay or being a beach bum in Goa.

Click here to by 'Cantilevered Tales' by Jayant Kriplani