“Shashi, no other book has a real photograph of an angel on its cover,” said Juliette as we started our interaction for her Spotlight. That made me sit up and notice that there is something that I do have in common with her. Spirituality and love of the Himalayas. As my own Spiritual Fiction book ‘Songs of the Mist’ has the backdrop of the Himalayas all across as the Monk takes the protagonist ‘Ashutosh’ for a journey across peaks and valleys, her book too is all about her trek to Mount Everest and the villages, sights, and people met along the way. 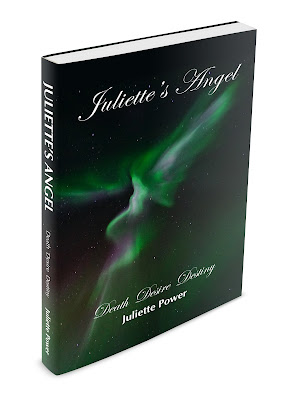 “I am nothing special. A wife, mother; a factory worker turned writer. I am merely the protagonist who showed off one day and climbed Everest. And a year later, I inadvertently manifested an angel,” Juliette Power

As my interaction went on with Juliette, the author told me about one particular incident that changed her life. She told me that before her mother died, she told her, ‘You have an Angel and the angel will keep you safe.’

Juliette’s mother left behind ten children. As a child of suicide, she needed something to cling to, so she carried that belief all her life. One night, she remembers that up near the Arctic Circle, she was drawn outside by the Northern Lights. So she pulled a small patio table out onto the grass, and, with time delay flashing, laid the camera on the table with the lens facing to the sky.

What happened next brought tears to her eyes…

“I turned over the camera, and an angel filled the screen. Shashi, look at the angel’s swollen stomach. It’s a pregnant angel. My mother was nine months pregnant when she died.” - Juliette Power

While Juliette’s human story is laid bare, including her monumental mistakes and regrets, the power of synchronicity, destiny and reincarnation are carefully explored in this book.

BRIEF NOTE ABOUT THE AUTHOR 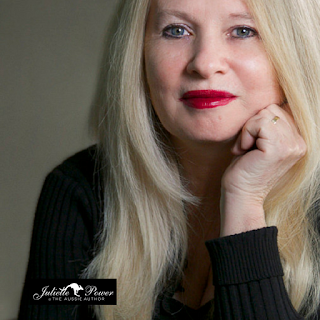 After her mother’s tragic suicide, young Juliette Power dropped out of high school, ran away from her Melbourne housing commission home, and changed her name to an actress off a soapie. A factory worker by day, Juliette never dreamed of writing a book, let alone three. But her adventurous spirit and extraordinary, often other-worldly experiences drove her on. Trekking Mount Everest sparked Juliette’s World Memoir Trilogy, with book 1: Juliette’s Angel: Death Desire Destiny.

With her life reflecting a Hollywood movie, Juliette couldn’t deny writing her story. In addition to her memoir trilogy, Juliette Power’s Little Book of Angel Inspiration is available as a companion book to Juliette’s Angel. It contains photographs of her Everest trek, Juliette’s inspirational quotes, and never-before-seen images of an angel manifesting.

Juliette Power lives among the gum trees with her hunk-of-spunk, Johnny, in Brisbane Australia, and divides her time between adventures and reality while writing her second memoir, Castaway Great Barrier Reef. When not surviving storms on deserted islands or struggling to breathe on the world’s tallest peaks, Juliette can be found online at www.JuliettePower.com

HER INSPIRATIONS
“Experiences inspire me to write. The urge to share valuable lessons learned. Funny situations. Triumph over tragedy. How it is possible for a child of suicide to successfully navigate life, despite adversity and be happy. The Everest trek sparked my memoir. Must be something magical about the Himalayas. I never dreamed about becoming an author prior to that journey. Sometimes the course of your life is permanently altered. The path you thought you were taking changes. Then to top it off, an angel appeared. Apparently, the universe has its own plans.” – Juliette Power

“The purpose of my writing is to share the experience of not only believing, but knowing that there is eternal life. That the soul continues beyond the veil of death.” - Juliette Power

CHALLENGES
The biggest challenge was going deep within to relive my mother’s suicide, her funeral. Standing beside my mother’s open grave as a trembling child unraveled me. There was no one to hold my hand. To write honestly, you have to feel, smell and experience it with every cell in your body. As a runaway teenager, thousands of miles away, I fretted for my family like a puppy lifted from its litter.

"To write the trek, I had to retrace arduously every step up and down the mountain again. High altitude is not for sooks. I almost died.” – Juliette Power

QUOTES FROM THE BOOK

a.         "Bonnie gives me that ‘Uh-oh’ look and giggles nervously."   I love that quote as it sums up the fun and bond a mother and daughter have while experiencing the unexpected.
b.         "I did not lose my mother; I know where she is. She did not pass on or pass over like other mothers do. My mother is not resting in peace. No. My mother is dead. She committed suicide." This quote is important for me to communicate the fact that death can be denied in, or excused away by euphemisms in many Western cultures. Buddhists prepare for death all their lives and recognise that death and reincarnation is the meaning of life.
c.         "Everyone comes to Everest with a dream: trekkers want base camp, mountaineers seek the summit, pilgrims strive for enlightenment, and others need to find themselves. Not me, I only came for a walk." Or so I thought. This quote accurately sums up my ego and ignorance at the beginning of the trek. The Himalayas are life-changing, I’d heard that before but dismissed the notion. Finally, I discovered it for myself.
d.         "Mystical auras gather, preparing to delight on this sacred, silent night. Unborn souls flash as light beams, projected against a glittering velvet sky.  Directing and seeking, they cradle spirits tight." The moment heaven and earth collided above me and an angel manifested in the sky.

When an angel appears—a mystical journey powered by grief and blind faith.
A woman grieving her mother’s suicide; a Mount Everest trek leading to a mystical moment in time.
Juliette Power has a secret. She holds it in her hands. After a lifetime spent ‘staying strong’ as a child of suicide, while trekking Everest, Juliette surrenders. One night she asks God a question and He replies.
As a child, I knew three things for sure:
I had an angel
I loved my family
My mother was about to die.

‘Stay strong,’ my father said on the morning of my mother’s death.
So I did.
What I didn’t know was that my mother’s suicide would spark a chain of events that would shadow my life. Ultimately, blind faith drove me to the ends of the earth searching for proof.

Juliette and her daughter Bonnie leave their men and jobs in Australia and fly to Kathmandu to meet a guide they found on the internet. He leads them on a trek to the top of the world. But Mount Everest is as dangerous as it is magnificent, and Juliette’s world comes crashing down when she discovers she’s not as strong as she thought.
Juliette confronts her fears, before realising her destiny in the fiery, frozen wilderness of Iceland.

Where do we go when we die?
What if you asked God that question?
What if He replied?
______
JULIETTE’S WRITING 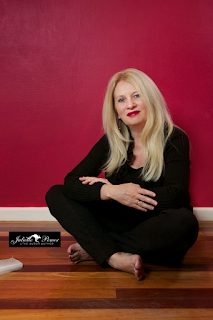 Juliette likes to write by the back door. With it open wide so fresh air drifts in, and so she can hear the kookaburras in the gum trees laugh and the bush turkeys strut by. Her memoir took three years to write. She worked with a professional editor for over a year to bring the manuscript to industry standard.

Juliette’s Angel is the first book in Juliette’s World Memoir Trilogy. The second book, CASTAWAY Great Barrier Reef is up to the fifth edit and due for release later in 2017. She says that this is what happens when you return from bonding with your older daughter on Everest and find your younger daughter on the couch.

Then it’s onto HONEYMOON with My Sister. It’s what happens when you win a wedding and honeymoon in the South Pacific, your husband says ‘I won’t’, and your sister says ‘I do!’

She informs me that all these are true stories but she is not sure of the timeline for HONEYMOON, which basically depends on the progress of CASTAWAY.

“While timelines and goals are important, it is also important not to rush art!” - Juliette Power

SOME INTERESTING FACTS ABOUT HER
Follows Eckhart Tolle, watches Dr. Phil, dances to Lady Gaga, loves Brad Pitt. Admits her mistakes. Shows off. Lives with gratitude. Accepts what is.

TWO BIG THINGS OF HER LIFE

Apart from finding my soul mate and becoming a mother, my biggest two achievements would be the ability to accept what is and to live with gratitude.  I accepted my mother’s death before she died. That achievement steered me and helped me to help others during bereavement and tough times by accepting the impermanence of life. I learned gratitude at a young age. My mother’s abrupt death, and knowing she was about to die, made every moment with her even more precious. I hurried home from school with my brothers, a Mantra playing on a loop in my mind, ‘Love her while she lives’.

I take nothing for granted today. I feel gratitude has had a big influence on my happiness, which I use to inspire others.

HER FAVORITES
GENRE: Memoirs
True stories fascinate me. Particularly memoirs. I love to see lessons learned from adversity. What makes people’s brains tick, and what inspires them to thrive.
BOOKS:
"RECKONING" by Magda Szubanski. Magda’s father was a Polish assassin. Magda is a famous Australian comedienne and she wove her story of a confused young girl, using humour, into a colourful life.

Another memoir I’ve enjoyed is "Blind Descent", by Brian Dickinson. Several years ago, Brian climbed Mount Everest with a Sherpa guide. The guide was forced to descend due to illness and Brian found himself alone and blinded by a storm near the top. It’s a story of faith, resilience, and sheer determination to survive. I guess, with my history, these types of books intrigue me.

"Rikta' by Manisha Sree         "The Politics of Unity" by Michael Cuddehe