READER : Paul Brunton - The man who brought the best to the west: The Secret Path 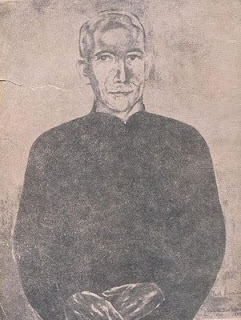 One of the very interesting books, I read from yester years is "The Secret Path" by Paul Brunton (October 21, 1898 - July 2, 1981) who was a British philosopher, mystic, traveler, and guru and the book I am discussing here was first published in 1934. It’s an interesting book which gives a simple path of attaining many powerful things through the power of Meditations.
If Brunton can not be credited with introducing Yoga to the West because of the existence of other previous luminaries such as Blavatsky, Vivekananda and Yogananda, at least he holds a preeminent position in bringing to the West the best the Orient has to offer: the doctrine of Mentalism. No other writer but Brunton has declared Mentalism to be the esoteric doctrine of the Orient. Brunton is also the only writer to differentiate Oriental Mentalism from Berkeley's.
As the theory of relativity, according to Einstein, brings space and time together so does mentalism unite spirit and matter; this phenomenon is explained by Brunton as being inherent in imagination.
Paul Brunton expounds the doctrine of mentalism in his magnum opus, first in part one which is introductory and preparatory titled The Hidden Teachings Beyond Yoga and last but not least in a revelatory work named The Wisdom of the Overself. According to Joscelyn Godwin, "...Since discovering Brunton's work in the 1960's I have found no reason to discard their philosophical principles."
So here it is for the readers to see for themselves if it leads to Nirvana or an empty High.
_____________________________________________
Image and text curtsy: Wikipedia - Click here to read more...
INTRO
Paul Brunton (October 21, 1898 - July 2, 1981) was a British philosopher, mystic, traveller, and guru. He left a journalistic career to live among yogis, mystics, and holy men, and studied Eastern and Western esoteric teachings. Dedicating his life to an inward and spiritual quest, Brunton felt charged to communicate his experiences about what he learned in the east to others. His works had a major influence on the spread of Eastern mysticism to the West. Taking pains to express his thoughts in layperson's terms, Brunton was able to present what he learned from the Orient and from ancient tradition as a living wisdom. His writings express his view that meditation and the inward quest are not exclusively for monks and hermits, but will also support those living normal, active lives in the Western world.
He served in First World War, and later devoted himself to mysticism and came into contact with Theosophists. In the early 1930s, Brunton embarked on a voyage to India, which brought him into contact with such luminaries as Meher Baba, Sri Shankaracharya of Kancheepuram and Sri Ramana Maharshi. Brunton's first visit to Sri Ramanasramam R. took place in 1931.
Brunton has been credited with introducing Ramana Maharshi to the West through his books "A Search in Secret India" and "The Secret Path".
The following thoughts that I have had got me thinking from the book which I thought will be good to share with my friends….
_________________
“The Secret Path”
Paul Brunton


Awakening to the Intuition
Humility is the first step on the secret path – and it will also be the last. For before the divinity can begin to teach him through its own self-revelation he must first become teachable, i.e. humble.

Intellectual ability and learning are admirable things and adorn a man, but intellectual pride puts up a strong barrier between him and that higher life which is ever calling to him, albeit silently. Hitherto, the entire student’s effort at finding the true self have been positively directed, personally willed, conscious and voluntary. He is now almost at the point where there should be a complete reversal of procedure, where the personality must cease making any further efforts because it has reached the end of its tether.

The whole process of mediation is simply to select this one higher topic of self enquiry out of the multitude of ideas, to think firmly up that alone and of nothing else. Then when the attitude and the quality of concentration are thus strongly developed, the student drops even this special line of thinking withdraws inward and a question who it is that is thinking. One inevitable result of all these practices will be that your attitude towards things, people and events will gradually change. You will begin to express the qualities which are natural to the over self, the qualities of noble outlook, perfect justice, the treatment of one’s neighbour as oneself.