WHISPERS: Another kind of Valentine's Day 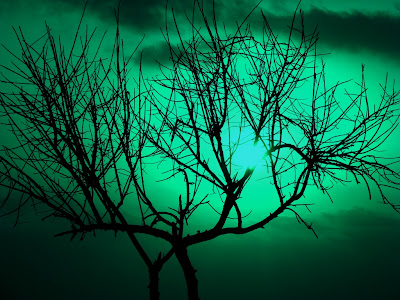 A set of Free form Haiku
To read more about Haiku please read this article here...


__
Night is knocking
At my door, where you are?
Need my dreams back
__
Waiting for the night
To fall; Waiting
To undress her cosmic design
__
Love me like
The river loves its banks
In eternal embrace, beginning to end
__
Loving you has been
A search for meaning
Of my being
__________

I had been through many upheavals in society around me. I have come to realise that tragedies tends to harden oneself and give some kind of immunity from display of emotions. This hardens you to the vagaries of life… which is sad …


When explosion in the German bakery in Pune happened in on 13th Feb, 2010 and I saw next day morning in a news paper, an image of a young girl with sadness writ large on her face, I was strongly moved and that image still haunts me. As the day was a day prior to Valentine's day, I am thinking about some lover's loss of love in this tragedy. I have not tried writing stories in my verse’s but here is one attempt to write a story about one such girl… who in my thoughts lost her friend in the bomb blast... 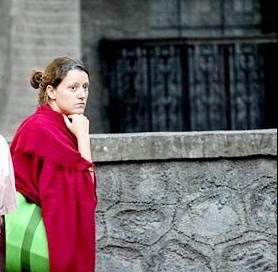 A follower of Osho, (at right) looks at the site of an
explosion outside a German bakery, in Pune on Sunday. AP
Curtsey: New.MSN.Com

German bakery – 13th Feb, 2010; Pune
Another Valentine’s Day
______________
The stark morning lights
Of terror strike
Dug deep into soul through her eyes
One by one the tears dropped
Deep in her heart
German bakery burned in the night

A camera flashed
Framing streaks of pain
Dried up on her face
And captured the essence of human loss
For morning breakfast news
Unmindful, untouched, insensitive
Of her thoughts
As she held on to his hand
Dragged
Walked a little distance
Away
From the prying camera lenses
And the pain within her
Brought back her senses
Into her tormented
Soul

Within the confines of Osho Ashram
She stopped
Slowly her breathing returned
She looked at him,
Searching for words
Deep into his eyes
And said
“Where were you?
Did you forget our valentine date?
Thank God you did not come and I was little late”
As he held her shoulder
Waiting for her to calm down
Facing, her at last, in his own desert spaces
Said
“I promise to meet you, my darling
In another life time,
This time I will also come little late”
__________________
ॐ नमः शिवाय
Namah Shivaya

Submitted to One Stop Poetry for ‘One Shot Wednesday WK – 32