THE READER: Haiku – The essence of a poetic moment

Haiku – The essence of a poetic moment

Now close your eyes and look at that warbler…

The above poem by Kobayashi Issa expresses an almost brutal comic contrast and describes a poetic moment so vividly that one could almost see it through Issa’s eyes even after centuries have passed.

In this feature, I would like take you on to a journey of exploring the world of Haiku and hope that it excites you enough to read, write and explore more of this form.

The Journey
My journey started with the two Haiku below in 80’s… the first one is, one of the most celebrated Haiku.

These two Haiku are still etched in my mind. It touched me so deeply that I started exploring more and more… from then onwards; it was a journey to know Haiku and in turn, to know my innerself. Haiku is something that distills my thoughts, puts that thought in visual perspective and leave it in my mind to contemplate later – consciously or sub-consciously.

The path
The natural beauty forms much of the early Japanese poetry influenced by Shinto religion with its focus on spirituality as the essence of nature. Probably, below is the first of the poem by Prince Shiki, that lead to Haiku in present form.

Bracken sprouts
Above the stream that
Rushes over rocks.
Spring is here!
- Prince Shiki (668 – 716 CE)

There after, on to a tradition of personal expressions like this one below from a famously beautiful and proud 9th century woman poet Ono no Komachi

No one minded that
The flowers’ beauty faded.
And I saw myself in the world grow old
As the rain went on falling.
- Komachi

Its interesting to note how some of the images that are portrayed thousands of years ago, can almost be the same as some of the later poets portrayed

I come home to our room
On the far side of our bed
Lies her wooden head-rest.
- Hitomaro (8th Centuary)

The classical poems were known as Waka meaning ‘Japanese poem or song’ in the 9th century which were mainly of two types – a long form called Choka and a short form known as Tanka. This short form became ’s most popular and aristocratic form. Governing syllable length and subject matter, classical poetic conventions dictated the language of Tanka. Slowly the poets began to introduce common language like ordinary speech, Chinese, street talk, slang, Buddhist terminology and even obscenity into collectively written verses known as Renga. In this form, the separate stanzas in Renga were 31 syllable Tanka, the first and second parts of which comprised 17 and 14 syllable. A typical Renga session might last for hours with small group of men (usually men) gathered around an experienced poet and collectively write poems, some times hundred verses long. These separate verses were linked by a subject, emotions or imagery. Here is one such example of the start of Renga session, jointly composed by Basho and his disciples. 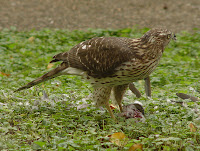 Even the hawk’s feathers
Have been smothered by a passing shower
Of early winter rain
- Kyorai
Ruffled by a gust of wind
Dead leaves come to rest again.
- Basho
… and so on

The opening 17 syllable stanza was known as Hokku which, later19th Century poet, Shiki gave the name as Haiku (which denotes a free standing autonomous Hokku poem).

The path I travelled…
Basho - acknowledged as the supreme master of Haiku, said to his Zen Teacher “Haiku are description of what is happening at a particular ‘haiku moment’. Creating vivid images, each haiku paints a unique and dramatic scene that expresses emotions and some times, a philosophical thought to be contemplated upon, from the natural or social world. Basho also emphasized sincerity and seriousness – the poetic truth of words, pointing to higher reality.

I am not a Haiku expert or even claim to be a Haiku writer but I firmly believe that everything that comes from the heart in a flash of insight is Haiku. Holding on to that seed and then putting words around it in order to paint a picture; to make it a complete thought that makes readers to reflect upon it, is what I feel is ‘writing’ Haiku.

I hope this feature has given you an urge to explore more. Hold on to your thoughts and insight that gets manifested in your heart by nature, or moment in the present, or an emotional experience and then write few words around it and see if you can paint a picture with words.

I signoff with my words around the seed “From consciousness to supreme consciousness”
Under my feet
Road disappeared
Am I the destination?
- Shashi


Disclaimers:
a) The views in the article are mine, where ever not mentioned otherwise. I have tried to give, as far as possible, all the sources of the text and images that I have used in the article, if I have missed out someone or something, let me know. I will amend the same.
b) I don’t claim to be an expert in Haiku (actually I don’t limit myself to the rules of classical Haiku hence I mostly call my writing in this genre as Haiku-T). This article intends to give a general idea about Haiku for the beginners as well as sharing of my thoughts about it. Those who are serious students of Haiku should either check with Haiku Society of America or the local universities.
________
Shashi
ॐ नमः शिवाय
Om Namah Shivaya
PREV                                      HOME                               NEXT
Thus Spoke Zarathustra - Nietzsche