AMAZING PEOPLE OF CHENNAI...
The circumstances that lead me to meet one of the most popular non performing teacher, a leading exponent of Bharatnatyam, reminded me of a famous dialogue of Bollywood super star, Shah Rukh Khan, “Some times the whole cosmos conspires to make your wish comes true.” As I started writing about the amazing people of Chennai, through the section of my blog “Chennai Colors”, I was always on the look out for such personalities. Last week, as I was attending a meeting of upcoming Authors, I got into a discussion about it with Ms. MeeraRajagopalan, who works with NGO “AIM for Seva”, (A organisation which focuses on providing houses for the school going children from the weaker section of the society). She informed me about the noted Dance Director, Choreographer and leading Bharathnatyam exponent Smt. Anitha Guha, who they have engaged to create “A Signet of Hope” – An epic dance Drama based on Sundara Kaandam from Ramayana, for their Annual Fund raiser program to be performed on 1st August, 7 PM at Music Academy, Chennai. 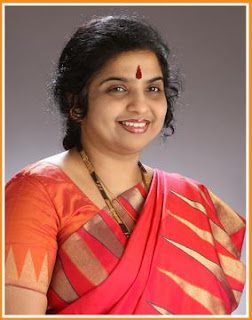 Since I had plans to travel, Meera graciously set up my meeting with Anitha Guha Ma’am, during the course of rehearsals. And it was a learning experience about passion, simplicity and service for a cause. After my interaction with such a humble and creative person, I realised two very interesting aspects of living…

A) Simplicity always leaves an impression, lasting a lifetime.
B) Well, you see, that’s how cosmic design works.

But before I start talking about my interaction with Anitha Ma’am at her Bharathanjali studio in T-Nagar, let me try to entice you into attending the AIM for Seva Program, through a brief introduction of…

The Dance Drama “Sundar Kaandam – A signet of Hope”

A beautiful blend of emotions: romance, valor, despair, compassion, amazement, laughter and horror through a vibrant journey of rasa and bhava. The exquisite dance ballet, which represents parts of the Kishkinda Kandam and the Sundara Kandam, will take the viewer through a roller coaster of emotions through the unparalleled choreography of Smt. Anitha Guha and the music of Shri Neyveli Santhanagopalan.

The vibrant choreography of Smt. Anitha Guha, the lively narration of Smt. RevathyShankaran, the captivating music by Sri. Neyveli Santhanagopalan, rhythmic interlude by Sri P.R.Venkatasubramanian and brilliant performances by the team of acclaimed Bharatanatyam dancers is sure to take the audience back to the Treta Yuga.

The team set to tour 20 cities across USA in coming months, after the event, so don't miss the chance to see it first. If interested, you can book your ticket by clicking here…
Noted Danseuse Smt. Anitha Guha
Acharya Choodamani Smt. Anitha Guha, one of the most popular Bharathanatyam teachers of Chennai is a disciple of Guru. Govindarajan Pillai of Bangalore. She played title roles like Radha, Valli, Mohini, Basmasura, Shiva, Urvasi with such finesse that the audiences marveled at her portrayal. Her adept portrayal of Urvasi won her the Minister’s Award in 1985. 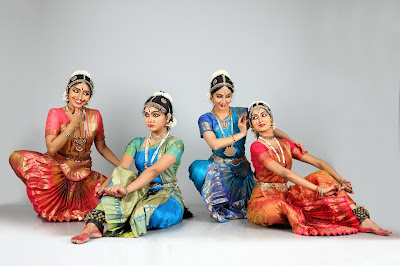 In 1986, she moved to Chennai and founded Bharathanjali in 1989. Since then, she has been imparting to her students with love and dedication whatever has been bestowed upon her by the almighty. Many of her students have blossomed into solo performers and have been performing in India and abroad, winning awards, titles and scholarships. She also has many students from abroad who come to perfect their Natyam.

To read more about her work and her numerous achievements, please click here…

And My Impressions…
As I entered her studio Bharathanjali, where she was busy with rehearsals for her upcoming Dance Drama, the first few things I noticed about place were the numerous images of God and Goddess in different forms and colors, many photographs of her disciples in various mudras and if you look closely enough you will also find a black and white photo of her first public appearance at the age of 11. As she informed me during our discussion, not only she performed but also created, designed and choreographed the solo act on her own. When I asked her, how did she manage to do all that alone, she smiled and told me, “I am blessed, I think with an inner urge and creativity to perform stories from Indian culture and heritage as an offering to Gods”. 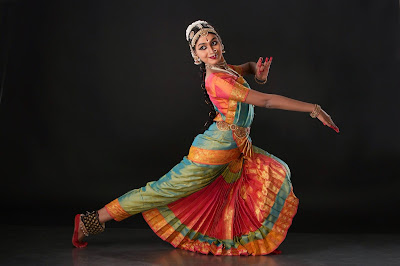 As she went on to talk about her life, which moved on from the twin city of Hyderabad and Sikandarabad to Chennai, I realised that her passion for Bharatnatyam Dance Form, Choreography and above all the passion for teaching was another form of cosmic design which manifested her studio Bharathanjali in 1989 – a foremost cultural center of Bharatnatyam which flowered many talents to leave their own mark in the field of classical dances . She recalled that ‘teaching’ reached out to her on its own. Just after her marriage, she was approached by many parents from the apartment she was staying at the time, to creatively engage them by train their children in our rich cultural heritage, dance and drama. And today, she says, I get an immense pleasure to see the impact it had on children.

She introduced me to her long-term senior disciples, Medha Hari and Sathvikaa Shankar who have been learning Bharatnatyam from her since decades. I was pleasantly surprised to hear that they will be performing respectively as Tara and Hanuman in the upcoming dance drama “Signet Of Hope” in front of huge audience, which will also tour across 20 cities in the USA. 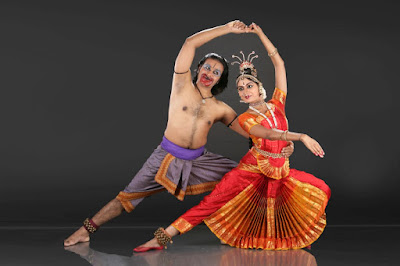 As it is customary, I had to ask about movies and why she is not interested in getting involved with the medium. Though she had been approached for certain projects, she feels that it’s her personal form of prayers, through the Nritya Natakam directly to the audience, which she would not like to dilute. And I could not agree with her more. She adds further that working with children gives her a pleasure that will never come from anything else. In fact, at her show in Cleveland USA, she wanted to train the local children for the performance on stage but there was not much time, hence she had to manage with her small troupe and some adult performers locally.

During my long interaction, I realize that she has passion about every aspect of the production. In between, she took little breaks from the discussion, to supervise the artists, trying head dresses and wigs on her students like Sathvikaa, focusing on the minute details that will make the performance better. So if you see the Hanuman, dressed on the stage with hair falling across the shoulders, remember, it was decided in front of me. 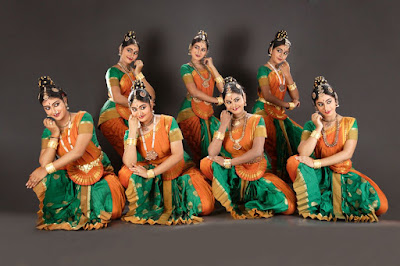 A little later, the artist from Bangalore, Mithun Shyam, who is performing as Rama, walked in, dressed in Dhoti and T-shirt, which made me wonder, “Did he actually walked the crowded streets of T-Nagar, dressed like that!” But the confidence that he showed in our interaction, removed any doubts and we settled down to a fine performance rehearsal, which included the Vaali, performed by the artist Thiruchelwam. 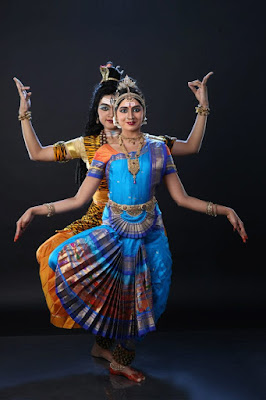 It’s not the dress, the lighting and sound that makes up for a great performance, but the soul, that comes alive with every bhava, feeling and connection with the story, which reflects in every move, thump of the feet on the ground and the tiny little movements on the face. The eye that darts to the corner, the trembling fingers that brings alive the honey bee on the lotus flower, the slowing down of the movement that brings out the pain of Rama’s loss of Sita – every bit choreographed to perfection. I was treated with an amazing performance, depicting the two aspect of Shiva as well, where Sathvika and Medha joined together to make one Shiva, with his male and female aspects as Ardhanareeshwar form. Well that’s Anitha Guha Ma’am for you – a fine artist, great teacher and above all, she is a saadhika, whose aim in life to serve as a teacher and offering prayers in dance drama from mythology and Indian Heritage. 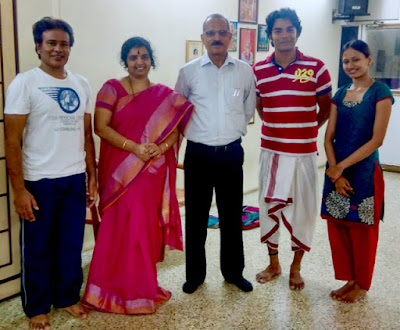 Come to think of it, a perfect choice for the NGO – AIM for Seva, for their annual Fund Raiser. So if you are around, do join in to watch the exquisite dance Drama, which I am bound to miss, but as Anitha Ma’am told me that she will make arrangements for me to watch. I am looking forward to it.
__
Shashi
ॐ नमः शिवाय
Om Namah Shivaya