I have been hearing about OSHO and his charismatic talks as well as unique approach to sexuality, religion and spirituality since decades but never had the urge to read his transcription of talks (He never wrote any book, he gave talks that his disciples and followers made into books). Though I have been to Poona many times but never did enter his ashram (A- It was procedure driven and takes time, and I was always on business trip to the city, so never had the time; B- Never could relate to his thoughts at inner level; C- It was more geared up towards western followers, so it was a big put off for me) but as I have read Patanjali’s ‘Yoga Sutra’ (To read my feature on the same, please click here... ) and when this book “Secrets of Yoga” based on the talks by OSHO on Patanjali’s Yoga Sutra, appeared in one of my searches for books to read, I decided to read it and understand the thoughts behind the man, whose followers called him “Bhagwan Rajneesh” – God Rajneesh.


I liked some of his explanation and some were just geared up towards western followers so it was a mixed feeling but one thing that did come through reading the book, was that he has a different point of view – sometimes not very comfortable, some time outrageous but sometimes carried gem of thought within that touched me. One thing that did stand out was his palpable aversion to the present common Indian religious doctrine that is prevalent in India at the superficial level. So here is my gist from the book, thoughts that I liked and sometimes did not.
But before getting into the book, let me give you a brief biography of Chandra Mohan Jain also known as Bhagwan Rajneesh.
Brief Biography
Curtsey - Wikipedia 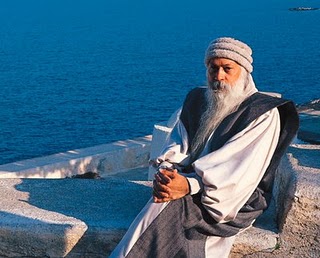 Osho, born Chandra Mohan Jain (11 December 1931 – 19 January 1990), also known as Acharya Rajneesh from the 1960s onwards, as Bhagwan Shree Rajneesh during the 1970s and 1980s and as Osho from 1989, was an Indian mystic, guru, and spiritual teacher who garnered an international following.
A professor of philosophy, he travelled throughout India in the 1960s as a public speaker. His outspoken criticism of socialism, Mahatma Gandhi and institutionalised religion made him controversial. He also advocated a more open attitude towards sexuality, a stance that earned him the sobriquet "sex guru" in the Indian and later international press. In 1970, he settled for a while in Bombay. He began initiating disciples (known as neo-sannyasins) and took on the role of a spiritual teacher. In his discourses, he reinterpreted writings of religious traditions, mystics, and philosophers from around the world. Moving to Poona in 1974, he established an ashram that attracted increasing numbers of Westerners.
In 1981, Osho relocated to the United States and his followers established an intentional community, later known as Rajneeshpuram, in the state of Oregon. Within a year the leadership of the commune became embroiled in a conflict with local residents, primarily over land use, which was marked by hostility on both sides. Osho's large collection of Rolls-Royce automobiles was also notorious. He was deported from the United States in accordance with a plea bargain. Twenty-one countries denied him entry, causing Osho to travel the world before returning to Poona, where he died in 1990. His ashram is today known as the Osho International Meditation Resort. 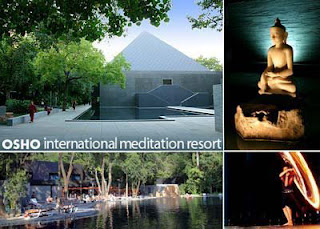