A very interesting and, in my opinion, quite truthful verse about poets by Felix Dennis which caught my attention, few days back. I started to do a little research about the poet and it turned out to be quite an epic story in itself. As I got to know more about the Poet Felix Dennis, who is in fact a publishing Giant with flagship brand like THE WEEK, got me thinking more and more about how writing poetry affects people from different fields and class... but before that, here is the verse... 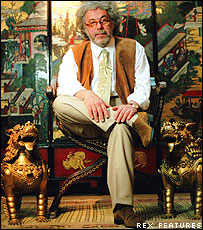 We know about the world poets inhabit -
The wreckage their behaviour brings to wives,
Husbands, children, etc. How the habit
Sours and decimates our loved-ones' lives

Eating up time we could be spending
Late at the office, earning a crust
To pay for our children's mobile phone bills.
Or watching TV with the family. We must

Be honest with ourselves. Think of the horrible
Embarrassment of a loved one forced to say:
"Well to be honest, he/she is a poet."
The appalled silence as the turn away.

We know all that. How we break promises
To take up stamp collecting. We know it,
Locked away in our own selfish world.
My name is Felix and I am a poet.'
__________
Felix Dennis

Following a life threatening illness in 2001, Dennis took up poetry. Within a year, he wrote his first book of verse “A Glass Half Full”, published by Hutchinson in the UK. The launch of this book was accompanied by the first of Dennis's UK-wide poetry reading tours entitled “Did I Mention the Free Wine?” Audiences are offered fine French wine from Dennis’s cellar whilst watching Dennis perform his poetry on stage.

He says,” "When you're writing, you're in a totally different zone... I can start a difficult poem and look up at the clock and see to my astonishment that three hours have passed... Instead of taking crack cocaine, going out with ... and boozing, I'll sit down alone in a room and have just as much fun, if not more."

In his young days he was quite a controversial figure, with prosecution (due to Hippy OZ magazine publication), partying as well as interesting time like staying with John Lennon in his ‘Imagine’ days. On his crack coke addiction days, Felix now says,” It was complete madness - I'm very embarrassed about it. I had a wonderful time, I'm not going to lie, but I shouldn't have done it.”

On poetry, he attacks the "closed shop" of the poetry establishment that looks down on his work, and poets whose work is too obscure to have any popular appeal. "It's total snobbery. They can't make a living out of it - so they make a virtue out of writing incomprehensible gibberish." 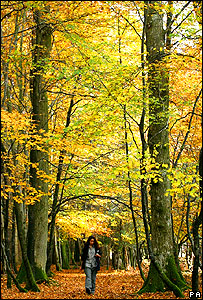 Mr Dennis has another big project underway - to plant a huge forest in the Midlands.
"I've been busy for years, buying land, often under pseudonyms, and planting trees on it. All the money is going into it when I die - and in the end I'd like to think that it will be 20 to 30,000 acres."

A Brief Note
_________
Felix Dennis (born 1947) is a British publisher, poet, and philanthropist. His company, Dennis Publishing, pioneered computer and hobbyist magazine publishing in the United Kingdom. In more recent times, the company has added lifestyle titles such as its flagship brand The Week, which is published in the UK, the United States and Australia.
Dennis started his career as a street seller for the underground counter culture magazine Oz in 1971. Dennis went on to found his own magazine publishing company in 1973. Dennis was quickly promoted to co-editor and became involved in the longest conspiracy trial in English history over the "School Kids" edition. Following acquittal by the Court of Appeal, Dennis went on to found his own magazine publishing company in 1973. In 1987, he co-founded Micro Ware house, with Peter Godfrey and Bob Bartner, a company that pioneered direct IT marketing via high quality catalogues. By 1992 the firm had 3500 employees in 13 countries with worldwide sales in 2000 of $2.5 billion. In 1995, Dennis Publishing created Maxim, a title that became the world's biggest selling men's lifestyle magazine and global brand. In 2006, Dennis wrote a best-seller on how he became a multi-millionaire in How to Get Rich, published by Ebury Press.

Some More Interesting Facts:
Dennis is credited with having been the first person to say the word C*** on live British television, on the 7 November, 1970 edition of David Frost's The Frost Programme. As a result, most "live" transmissions are delayed by 15 seconds.

Dennis is planting the Forest of Dennis, based in Warwickshire in the UK's West Midlands. Over the last ten years, Dennis has established a young forest of native deciduous trees, covering one thousand acres with approximately 600,000 saplings planted to date.

Dennis backed Julian Assange by pledging bail in December 2010; the money was lost in June 2012 when a judge ordered it to be forfeited, as Assange had sought to escape the jurisdiction of the English courts by entering the London embassy of Ecuador.