THE READER: The Black Swan

The Black Swan Theory or "Theory of Black Swan Events" was developed by Nassim Nicholas Taleb to explain 1) the disproportionate role of high-impact, hard-to-predict, and rare events that are beyond the realm of normal expectations in history, science, finance and technology, 2) the non-computability of the probability of the consequential rare events using scientific methods (owing to their very nature of small probabilities) and 3) the psychological biases that make people individually and collectively blind to uncertainty and unaware of the massive role of the rare event in historical affairs. Unlike the earlier philosophical "black swan problem", the "Black Swan Theory" (capitalized) refers only to unexpected events of large magnitude and consequence and their dominant role in history. Such events, considered extreme outliers, collectively play vastly larger roles than regular occurrences.
Below is the excerpts from the Nassim Taleb's book.
The Black Swan
Prologue
Before the discovery of , people in the old world were convinced that all swans were white, an unassailable belief as it seemed completely confirmed by empirical evidence. The sighting of the first black swan might have been an interesting surprise for a few ornithologists, but that is not where the significance of the story lies. It illustrates a severe limitation to our learning from observations or experience and the fragility of our knowledge. One single observation can invalidate general statement derived from millennia of confirmatory sightings of millions of white swans. All you need is one single (and, I am told, quite ugly) black bird. 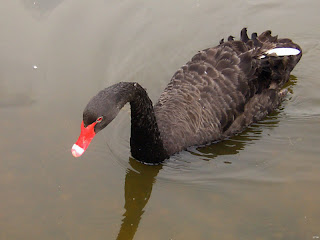 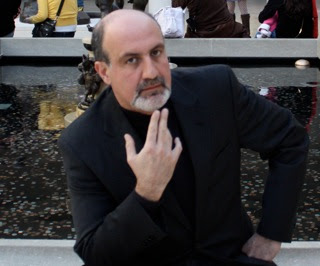 We are not predisposed to respect humble people, those who try to suspend judgment. Now contemplate epistemic humility. Think of some one heavily introspective, tortured by the awareness of his own ignorance. He lacks the courage of idiot, yet has the rare guts to say “I don’t know.” He doe not mind looking like a fool or, worse an ignoramus. He hesitates, he will not commit, and he agonizes over the consequences of being wrong. This does not necessarily means that he lacks confidence, only that he holds his own knowledge to be suspect.
…. I wanted to put more of the interesting stuff from the book but it was growing big and bigger so I have refrained from it and hope you will go and read it yourself… please do... It’s a lovely book.
___________
Om Namah Shivaya
Posted by Shashidhar Sharma