This time I came across beautiful music from and the first one is close to my heart as she is a singer, who sings in Sanskrit too. The language of Gods, the ancient scripture of is now not spoken out of scholarly pursuits.

The other one is a singing sensation compared to Susan Boyle of . A Taiwanese singer Lin YU Chun sings fabulously. His song on the lines of Whitney Houston’s singing of “I will always love you” hit 9 Million hits in You tube.

Both of them have touched me by their singing hence here… 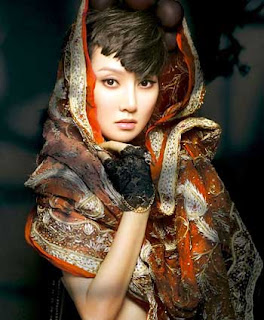 She is a singer, lyricist, composer, arranger, music producer, choreographer as well as a dancer. At the same time, she is also called the "first Chinese Sanskrit singer". To Sa Dingding, who she was in the past is not important now. We should pay more attention to her music, to the Zen sensation and Buddhist spirit in her music. To preserve her new image, she must eliminate all distractions.

As a singer, she has a unique voice, special performing mode as well as an unparalleled style. Only people who can endure loneliness can be successful. As a musician, she dropped fame and learned Sanskrit by herself. She visited all the Chinese cultural sites to find inspiration and to derive affluent nutrition for her music. Her musical inspirations all come from Chinese civilization and culture.

As a composer, her open-minded musical ideas made her outstanding on traditional music circuits. Instead, she has combined the modern western electro music with the ancient mythic oriental music in a cross-over way. Her musical style has also become the most advanced and fashionable style in the world. The combination gives the audience a strong acoustic shock and the unique "Sa Dingding style" has formed. 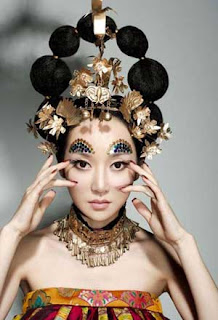 Sa Dingding's music was also appreciated by the Grammy Award judge Eric T. Johnson. The Grammy organizing committee even invited Sa Dingding to for exchange activities. This is the first time that the Asia Standing Body of Grammy has sent an invitation to a Chinese citizen.

As a dancer, she has never received any professional training. However, relying on her special oriental temperament and her good understanding of music in accordance with Chinese Martial Arts, she has created the unique oriental mystic dances which are aesthetically splendid

Sa Dingding doesn't mean anything special in music, but as a cultural sign it represents a kind of advanced and fashionable temperament as well as 's millennia of cultural history.

Click here for
Live at Albert hall (Must see this one for her beautiful performance style)
Harmony: Introduction (Making of the song and interview with her)

Lin Yu Chun from Taiwanese
Lin Yu Chun is a Taiwanese singer, who gained fame by appearing on a Taiwanese talent show, One Million Star, singing "I Will Always Love You" (originally by Dolly Parton) in the style of Whitney Houston's cover version. He is well-known for his mezzo-soprano-like countertenor singing voice, although he has an adult speaking voice. 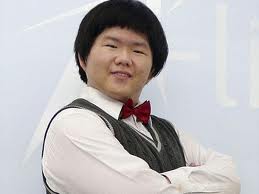 He was voted off of the show, but after a video of him singing the song made it onto YouTube; he became an internet celebrity, receiving more than 8,900,000 views of his performance. Many news sources dubbed him "'s Susan Boyle”

In April, 2010, he visited the and performed "I Will Always Love You” and Amazing Grace on The Ellen DeGeneres Show. On the same trip, he attended Lopez Tonight and performed "Saving All My Love for You” (also a Whitney Houston cover) and Total Eclipse of the Heart (originally by Bonnie Tyler) as a duet with William Shatner.

Sony Music announced they had signed Lin Yu Chun to a record deal. Lin Yu-chun's signing press conference occurred on the May 13, 2010, and was held in Shanghai San Want Hotel, with an after party reception held at Club Frotteurism.

On May 22, 2010, at Dodgers Stadium during a Los Angeles Dodgers game, he sang the "The Star-Spangled Banner", "God Bless " and ", Touch Your Heart". On August 11, 2010 he sang Whitney Houston's "I Will Always Love You" on 's Got Talent season 5 on the YouTube selection episode, receiving a standing ovation from the crowd. He has been slated to play the role of Liu Bocheng for the HBO Asia produced miniseries Untold Stories of 1949.